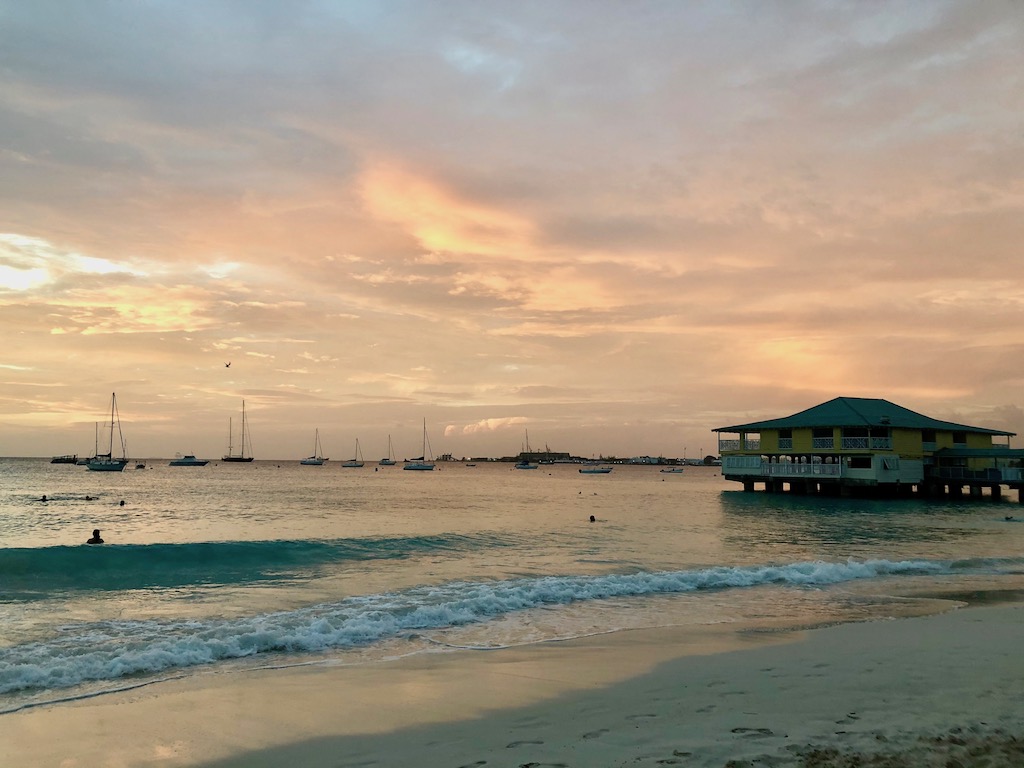 This post may contain affiliate links. See this disclosure for more information. Remember to check the Barbados travel protocols before making travel plans.

If you like beautiful beaches, amazing food, and sun-drenched days, the island of Barbados should definitely be on your travel bucket list. These fun facts about Barbados will help you get to know the island better before you go.

1. Barbados is located in the Caribbean West Indies. Its nearest neighbors are St. Lucia and St. Vincent and the Grenadines.

2. Barbados is the 13th smallest country in the world. With a total area of 169 square miles, it’s about 21 miles long at its longest point and 14 miles wide at its widest.

3. The island of Barbados is home to approximately 280,000 people. People from Barbados are usually referred to as Bajan or Barbadian.

4. Barbados is famous for its beaches and the island has about 60 miles of coastline.

5. Unlike many of the nearby volcanic islands, Barbados is mainly flat and has no volcanic activity of its own. The island was mostly formed by coral limestone.

6. Even though the Caribbean might not be the first place that comes to mind when you think of surfing, Barbados is home to some amazing surf breaks and surfing competitions. World Champions even mention Soup Bowl as one of their all-time favorite surf breaks.

8. The official language of Barbados is English and it’s spoken with a unique Bajan dialect.

9. Citizens of Barbados have access to universal healthcare and top-notch medical services. Many consider Barbados to have some of the best healthcare in the Caribbean.

10. Because of its tropical location, Barbados doesn’t have traditional “winter” and “summer” seasons. Instead, it has a wet season (June to November) and a dry season (December to May).

11. Hurricanes are rare in Barbados because of the location of the island. While you might get some rain and wind while hurricanes are moving through, there usually isn’t any significant damage and conditions are mostly mild.

12. Did you know you can see monkeys in Barbados? Barbados Green Monkeys were first brought to the island from West Africa around 350 years ago. Today, you can see these monkeys at the Barbados Wildlife Reserve or playing in the trees overhead.

13. Sugar production is a major part of the Barbados economy. Today, 1,500 farms produce 60,000 tons of sugar each year, a huge quantity for such a small island!

14. Pre-pandemic, Barbados regularly welcomed over a million tourists to the island each year.

15. In 2017, the Port of Bridgetown hosted over 800,000 cruise ship travelers. Barbados is a popular destination for cruising because there are endless fun cruise excursions and several great beaches close to the Barbados cruise terminal.

16. The National Flower of Barbados is the bird of paradise, also referred to as the Pride of Barbados. Its scientific name is Caesalpinia pulcherrima.

17. Barbados has a pink sand beach! It’s called Crane Beach and it’s located below The Crane Resort in St. Philip on the south coast.

19. Barbados is often considered the birthplace of rum. It’s even home to the oldest rum producer in the world, Mount Gay Distilleries, which have been producing this popular drink since 1703.

20. Infamous buccaneer Sam Lord called Barbados home in the early 1800s. According to legend, he would trick passing ships into crashing into the reef near his mansion and then take their valuables. Today, you can see the remains of Sam Lord’s Castle on the south coast of the island.

21. It is believed that the name “Barbados” comes from the Spanish word for “Bearded.” The island has impressive bearded fig trees that could be the source of this name.

22. Over the past several hundred years, over 200 ships have sunk in the waters around Barbados. Shallow and clear seas make these sites incredible places to snorkel and scuba dive. There are six wrecks in Carlisle Bay alone!

23. Famous singer Rihanna was born in Barbados and frequently returns to the island to visit. Her childhood home outside Bridgetown now attracts dazzled fans and the street she grew up on was renamed Rihanna Drive.

24. Crop Over is the Barbados Carnival celebration that’s held every year in the summer. The festivities draw a huge crowd and the event culminates in a lively Kadooment Day parade, complete with gorgeous costumes.

25. From 1987 to 2003, there were regular Concorde flights from London to Barbados. Tickets cost on average $8,000 one way and took about four hours, pretty quick in comparison to today’s flights which come in at around eight and a half hours.

26. The national sport of Barbados is Cricket and you can watch an exciting match at their local stadium, the Kensington Oval.

27. Did you know you can watch horse racing in Barbados? The Garrison, located in St. Michael parish, has horse races and festivities that you can watch up close.

28. Early in the mornings, you can see the racehorses exercising in the sea at Pebbles Beach. This beach is just a short walk from The Garrison and is a great way to beat the tropical heat.

29. It’s believed that grapefruit originated in Barbados as the result of naturally occurring cross-pollination! If you’re a grapefruit fan, it’s easy to find this delicious treat in restaurants and local grocery stores around the island.

30. The national dish of Barbados is Flying Fish and Cou Cou. Flying fish is caught locally and the dish is made with cornmeal, okra, and delicious spices. This is definitely one of the tastiest Barbados facts!

31. A cutter is a special Bajan sandwich made with meat or fish and scrumptious salt bread. You can try cutters at most lunch restaurants and snack stalls at the beach.

32. Rum Punch is one of the most popular cocktails in Barbados and every restaurant has its own special recipe. Make sure to give the rum punch at Cutters Restaurant on the south coast a try!

33. The Oistins Fish Fry is one of the top culinary experiences to have on the island. Skilled fishermen catch and prepare amazingly fresh fish for locals and visitors alike at open-air restaurants and grills. If you go on the weekends, there is live music and a festive atmosphere.

Know someone who would enjoy these interesting facts about Barbados? Make sure to share this post with them! 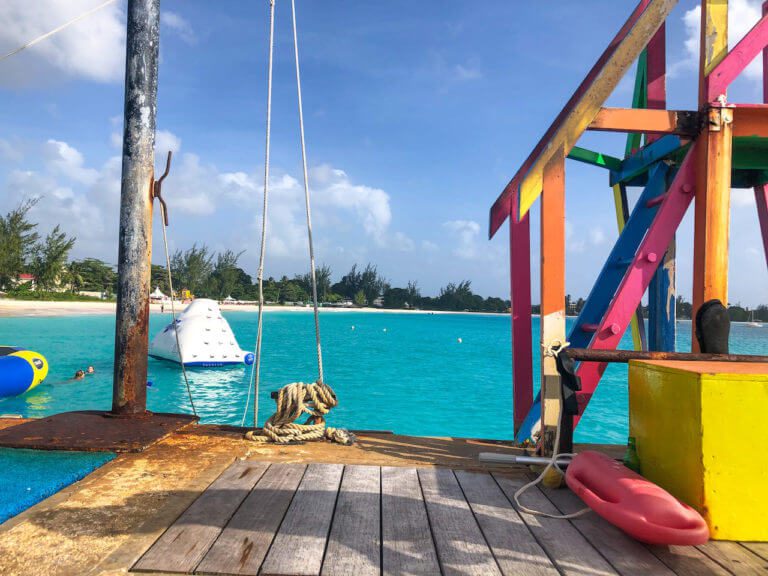 This post may contain affiliate links. See this disclosure for more information. Remember to check the Barbados travel protocols before making travel plans. When visiting Barbados, you’ll likely spend some time in the capital city… 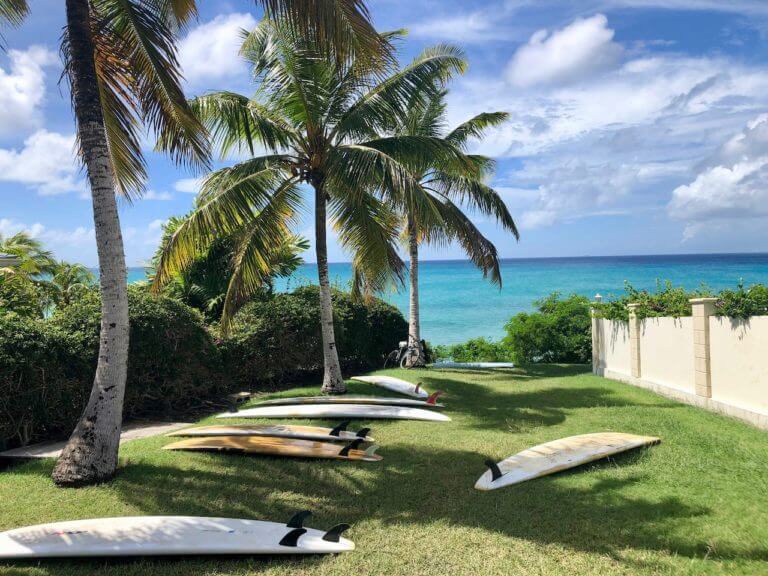 This post may contain affiliate links. See this disclosure for more information. Remember to check the Barbados travel protocols before making travel plans. When visiting Barbados, you don’t want to miss the charming fishing village… 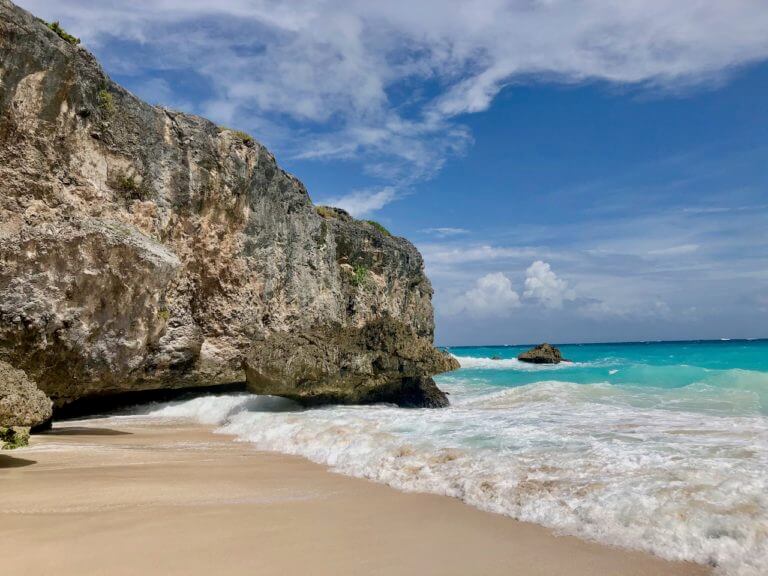 This post may contain affiliate links. See this disclosure for more information. Remember to check the Barbados travel protocols before making travel plans. St. Philip is home to some of the most impressive natural beauty… 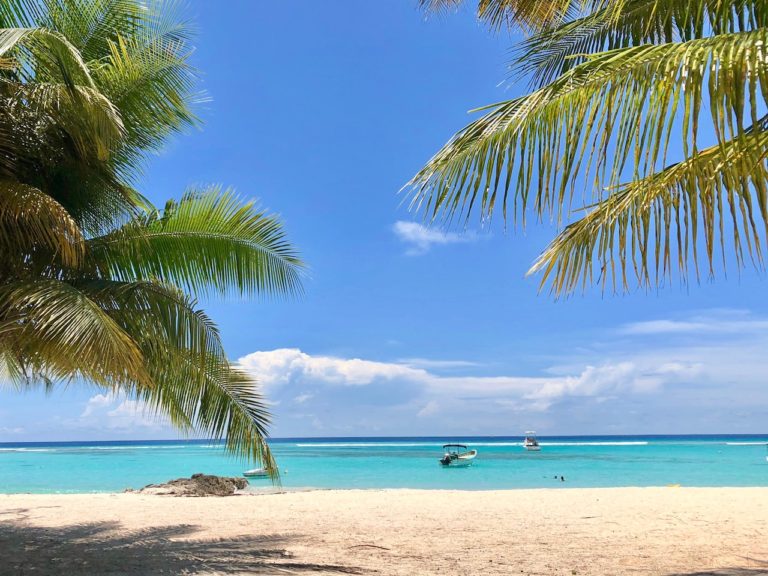 This post may contain affiliate links. See this disclosure for more information. Remember to check the Barbados travel protocols before making travel plans. Heading to Barbados? Whether you’re stopping by for a Barbados shore excursion,…

This website uses cookies to improve your experience while you navigate through the website. Out of these, the cookies that are categorized as necessary are stored on your browser as they are essential for the working of basic functionalities of the website. We also use third-party cookies that help us analyze and understand how you use this website. These cookies will be stored in your browser only with your consent. You also have the option to opt-out of these cookies. But opting out of some of these cookies may affect your browsing experience.
Necessary Always Enabled
Necessary cookies are absolutely essential for the website to function properly. This category only includes cookies that ensures basic functionalities and security features of the website. These cookies do not store any personal information.
Non-necessary
Any cookies that may not be particularly necessary for the website to function and is used specifically to collect user personal data via analytics, ads, other embedded contents are termed as non-necessary cookies. It is mandatory to procure user consent prior to running these cookies on your website.
SAVE & ACCEPT